As a proud partner for the inaugural Sugar & Spice Festival that’s happening this 1-15 August 2020, we are bringing you this series of interviews with presenters so that you get to know them better and their workshops.

Today, we have Qin Yunquan, a prolific speaker and martial artist, who is delivering the ‘Realistic Self Defence’ workshop at the festival. We ask her some questions about the workshop and her background. Please enjoy and sign up for her workshop!

Q: What are some misconceptions people have about effective self-defence?

The key misconception people have that concerns me is that sports martial arts like Taekwondo, Muay Thai, Brazilian jiu-jitsu, wushu, etc are the same as self-defence. Whilst sports martial arts do help to an extent, to prepare one for physical conflict albeit within constraints that are not present in an actual act of street violence, real self-defence is not so much about fighting out of danger but more about learning to detect dangers and avoiding or escaping worst-case scenarios on the streets. Physical confrontation is the last resort and learning how to detect danger and avoid or escape from danger should be the earlier courses of action. We refer to this approach as the 3 Rings of Defence:

Ring 1: Drawing from psychology and understanding of predatory behaviour to detect danger;

Ring 2: learning how to create opportunities to avoid or escape from danger;

Ring 3: Using simple street style combative techniques that are easy to learn and execute. The latter includes the use of improvised weapons such as mobile phones, umbrellas, bags, etc to make oneself a harder target to succumb.

This approach of training individuals, in particular women, to ‘quickly identify a dangerous situation’ (Ring 1) and ‘getting away from danger’ (Ring 2), and only using ‘forceful resistance’ if necessary (Ring 3) has been scientifically proven in a study by the University of Windsor (Canada) to be effective in helping women stay safe. In their study, rape cases were cut in half and attempted rapes reduced by 2/3 after undergoing a 12-hour programme that focuses on these 3 elements of self-defence.

Unfortunately, the sad reality is that nearly all martial arts schools that claim to teach ladies self-defence do not, or lack the expertise to teach danger detection, and danger avoidance or detection. Instead, they focus solely on physical defence to a fault. We share the opinion with the scientists behind the University study that most conventional self-defence training programmes that emphasise physical resistance alone, are probably not effective, and self-defense programmes for women must include the 3 elements or Rings of Defense for it to be truly effective.

Other myths that I will just mention in passing are that women cannot defend themselves because of their size or strength disadvantages, or that only young women will be sexually assaulted. A good programme that includes the 3 elements or Rings of self-defence will work, and in truth, victims of sexual assaults range very widely in age – from female children under 10 years of age to women over 60s.

Q: You have learned from a broad array of martial arts in your career. What advice do you have for people who may be interested in picking up a martial art for the first time?

Given what I highlighted above, I need to emphasise that people, especially ladies, should look for programmes that adopt the 3 elements of self-defence rather than just focus on the physical defence alone – if their goal is to learn self defence. Unfortunately, almost all martial arts schools in Singapore and most parts of the world have not caught on to what scientists have proven, and they tend to teach physical defence as the answer to stay safe. This has been scientifically proven in several studies to be fallacious.

On the other hand, if one wishes to pick a martial art primarily for sports or health reasons, almost all the established martial arts systems like Muay Thai, Taekwondo, Karate, Brazilian Jiu Jitsu, Judo etc are great to study. Certainly, these systems do lend themselves to be somewhat effective to help you fight out of physical altercations albeit with some adaptations.

However, as science suggests, this approach is inadequate and ineffective. For example, a new student of ours was kind enough to share with us that in a sexual assault she experienced, she punched her attacker as hard as she could with her bare hands. Despite being a black belt herself and also trained in boxing and Muay Thai, she broke her hands and found herself unsuccessful in fighting off her attacker. On hindsight, she would have been better off learning how to palm strike, eye gouge, throat strike, etc- essentially deploying combative tools. Combative techniques such as attacking the eyes, groin, throat, ears, fingers, etc are generally not allowed in sports martial arts for a variety of reasons.

So for all those who wish to learn self-defense instead of learning a sports martial arts, try to find a school that trains you in the 3 elements of self-defence and one that involves the use of combative techniques for their physical resistance component. Our school, Kapap Academy, is probably the best known for imparting realistic self-defence skills, but there might be 1 or 2 more schools in Singapore that also train realistically.

The established martial arts are all great in inculcating both the discipline of the mind and the building of body strength and flexibility. It also gives you a sense of belonging to a community, and in that sense, further promotes mental wellness. In today’s terms, most martial arts systems do not focus on meditation but I personally believe that human movement and repetition through drilling are in reality, meditation in motion.

It is not uncommon for practitioners of martial arts to experience “flow” moments during their training. “Flow” is a term introduced in the early ’90s by a psychologist named Mihaly Csikszentmihalyi, to describe when one is completely present with what you’re doing, and it’s like the outside world disappears. In sports, this has been referred to as being “in the zone.” Such moments of being in the zone, apart from improving one’s performance, have been said to be emotionally and mentally rewarding in themselves due to the experience of peace and calmness. These zen-like moments, in turn, are good for our body as they boost our immune system, according to medical science.

Q: How should participants prepare for your workshop? Is the partner for them to maim? (joking of course)

My workshop is primarily about self-defence and not designed to help you win medals.  Apart from covering some introductory issues related to the 3 Rings or elements of self-defence, I will be imparting a number of simple but effective combative techniques that one can learn fairly easily.  For example, I will cover issues on concepts like the use of relative positioning, and how to use distance, personal space and positional angles to stay safe. I will also cover covert postures that will allow you to be prepared for sudden attacks such as a sucker punch or even a knife attack. So come prepared to learn as well as practice self-defence concepts rather than the usual punching or kicking sessions that most people expect in a martial arts/ self-defence class. There is no need for warm-ups, special clothing, etc as self-defence techniques or tactics must be able to be deployed in everyday clothing or scenarios.

Do come with an open mind to see self-defence in a different light and experience a paradigm shift. Most of all, come prepared to enjoy the training!

Q: You are not only a well-known female self-defence instructor but the CEO of a company. Tell us about your journey from becoming an instructor to being a CEO.

My journey to who I am today has taken me over 10 years. From a young, eager-eyed student, thrilled with the empowerment I felt in learning how to defend myself, I have learned to appreciate the value and importance of my work in helping others stay safe.

The truth is that I had no aspiration to become an award-winning self-defence instructor or the CEO of well-known self-defence school – I was just happy to keep training in what I enjoy learning. The seed, which is to play a greater role in our school, was planted by my mentor when he noted my strong desire and commitment to help others, especially women and children, to stay safe. He challenged me to master my trade and prepare myself to run the company one day. After training hard and learning how to run a business while on the job, I was given the reins of the company in 2015 – 6 years after I started training and teaching at Kapap Academy. It was the toughest challenge I had ever done in my life at that point, but the pain was worth it!

From having low self-esteem and being the physically weak person that I was at 19 years of age, I have learned to believe in myself and to live for a higher purpose. Today, Kapap Academy is a renowned self-defence school and a recognised social enterprise with a solid international reputation for our realistic self-defence programmes. We train about 8,000 participants a year, with the majority being women and children. Our programmes have been introduced in Malaysia, India, China, and soon, Myanmar as well.

Moving forward, my team and I have just embarked onto the next phase in our regional growth, where we are harnessing the latest in mobile technology and Artificial Intelligence, to build a personal protection app called Angel Wings. Available free in the coming months, Angel Wings will eventually be released with multi-languages such as Chinese, Burmese etc. Interested parties can register their interest at this site: http://www.tinyurl.com/angelwings-signup or visit the Angel wings site at www.angelwings.asia

To sign up for Yunquan’s and other presenters’ workshops, do sign up for Sugar & Spice Festival at www.sugarandspice.asia. The Importance of Stretching 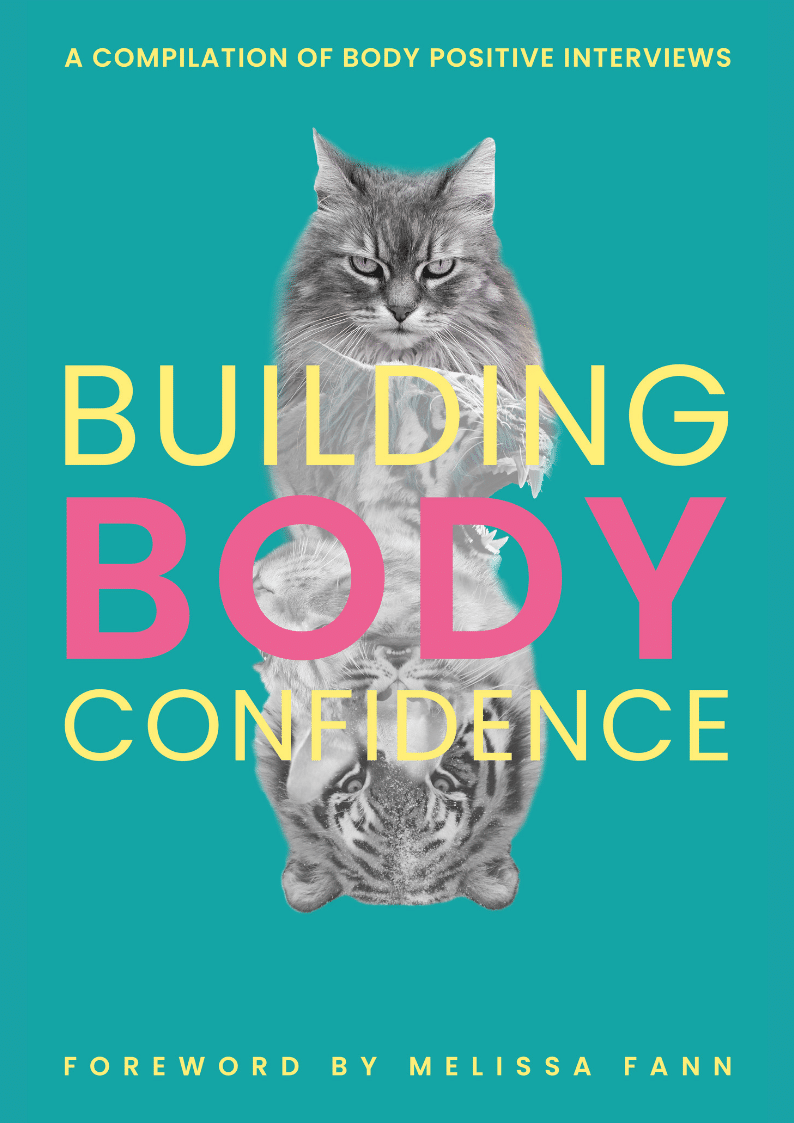